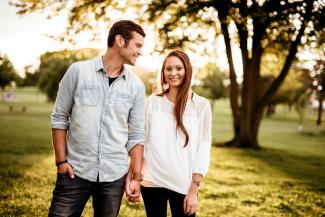 The 1.89 Millionaire Next Door

In 1996, Thomas J. Stanley, Ph.D., and William D. Danko, Ph.D., published The Millionaire Next Door. The book was hailed as a seminal work by the financial planning community as it illustrated that getting rich in most often was based on a simple proposition─hard work, diligent savings, and living below one’s means.

When the book was published, the authors defined the “threshold level of being wealthy as having a net worth of $1 million or more.” That was twenty-six years ago. What would the “threshold” look like today adjusted for inflation?

In 2022 it takes $1.89 to buy what $1 did in 1996. Over the recent 26 year time frame, the dollar had an annual average inflation rate of 2.48% per year with a cumulative price increase of 88.85%. The inflation-adjusted threshold level to be considered wealthy today under the Stanley/Danko formula would be a net worth of roughly $1.89 million.

The current inflation rate is 9.1%, a 40-year high. Let’s say you’re 40 years old  so in 26 years you’ll be 66, God willing. You want to be financially independent on or before your 66th birthday. Do you think inflation will average more than 2.48% per year going forward? How will your assumptions impact your career choices, earning power goals, savings, debt levels, investment strategies, asset allocation, tax strategies, etc.?

You’re in your twenties and age 65 or 66 seems like an eternity away. (It isn’t, as any 65 year old will tell you. Time does fly and the “stuff of life” has a way of frustrating good intentions). What can you learn from the Stanley/Danko book which is still available from Amazon or other booksellers?

When the book was published, the average millionaire was a 57 year old male, married with three children, and an average household net worth of $3.7 million ($6.96 million in today’s dollars). As to gender, per Zippia.com, today 8.8% of Americans are millionaires, of which 33% are women. Regardless of gender, your  wealth-building strategies must be adjusted for some assumed rate of inflation.

The millionaires next door were not flashy when it came to wealth. Many took pride in people not knowing how wealthy they were. They believed that financial independence was more important than displaying high social status. Living below their means, they had an emergency reserve and invested so as to build wealth. They did not get help from their parents and they made sure their adult children were economically self-sufficient. They chose the right occupation. Many were self-employed and most considered themselves to be entrepreneurs.

If you’re in college or planning for college, and selecting a major and considering loans, how do you square college debt repayment and financial independence goals with a chosen profession and likely earnings combined with the cost of living where you wish to live?  Stanley and Danko said the wealthy in their study allocated “their time, energy, and money efficiently, in ways conducive to building wealth.”

They believed in the old adage, “Be an owner, not a loaner.” You need a cash reserve to deal with contingencies, or perhaps to jump on opportunities, but interest earning cash deposits adjusted for inflation and taxation are net losers. At older ages, you may have a cash cushion and a bond portfolio as a buffer, but bonds per se are not wealth builders. You need to own things likely to grow in excess of inflation and taxation over time, such as your own business or stock in growing companies. You may have alternative investments in real estate or other ventures with the potential to grow long term with the economy. Many millionaires next door are closely-held business owners, often in salt-of-the-earth companies supplying basic services and goods, not necessarily the latest hot app. However, when you compare the technology of today to 1996, obviously new professional focuses and occupations abound along with the risks and rewards of innovation and pioneering.

Neal Boortz, “The Talkmaster,” spent two-decades at WSB as a talk show host before retiring from full-time radio in 2013. He observed, “People are poor because they keep doing the things that make them poor.” The Federal Reserve Bank of reported that credit card balances rose 13% in the second quarter of 2022, the largest year-over-year increase in over twenty years. If you are fighting inflation and high prices by building increasingly expensive credit card debt in a rising interest rate scenario, you will not attain millionaire status.

When it comes to financial security and independence when you reach retirement, net worth should be redefined. Don’t include your home. Own it debt free but recognize that your home does not produce cash flow or dividends and it requires wherewithal for maintenance. It’s a place to live, and value may be there to be unlocked when you move to a care home or die. Look at core investments appropriate to age, marital status, liquidity needs, tax status, and risk profile. If $2 million is today’s threshold, based on reasonable inflation assumptions, and unknowns as to the tax code going forward, what is your starting future core net worth target? And how will you get there?

The answer to the foregoing question is a comprehensive financial plan. How’s that coming? Sad to say, a million dollars ain’t what it used to be!