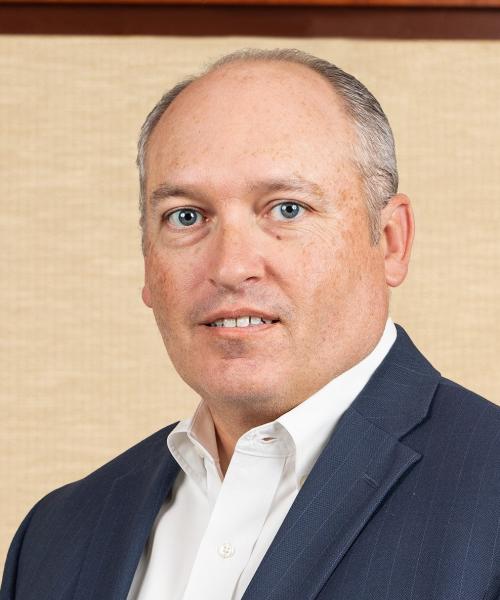 Jeff McClenning, CFP®, is a Managing Partner of Capital Insight Group. He has been with the firm since 2005 (formerly known as Keen Insight Group) and is one of the co-owners. Jeff started his career in the financial services industry in 1994 with First Busey Trust and Investment Company in Urbana, IL, and continued with SunTrust Bank’s Private Client Services when he first moved to Georgia in 2002.

Originally from Illinois, he received his Bachelor of Science in Statistics, with a secondary concentration in Economics, from the University of Illinois at Urbana-Champaign. He has also earned a Master of Science in Personal Financial Planning from Georgia State University. While at GSU he was named the 2008 Outstanding Personal Financial Planning Student of the Year by its Department of Risk Management and Insurance, based on academic achievement.

He is a Certified Financial Planner® (CFP®) professional and is FINRA Series 7, 66 and 24 registered.

Jeff has been greatly interested in the economy and financial markets since he took an economics class in high school. He has a passion for helping individuals make incrementally smarter financial decisions that enrich their lives and are in alignment with their core values.

He can often be seen cheering on the Gwinnett Stripers at Coolray Field with his wife, Marcell, and coaching his two boys at Bogan Park in Buford. 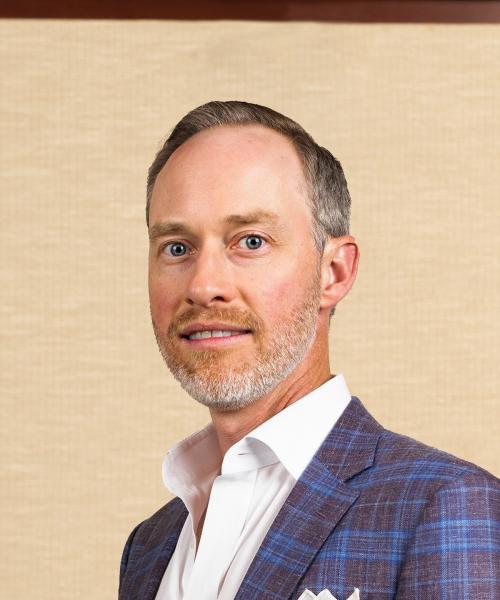 Andrew is a Managing Partner and Wealth Advisor of the Capital Insight Group where he assists successful individuals and families with comprehensive Wealth Management.  Originally from South Carolina, he graduated with a Bachelor of Arts degree from Wofford College, and was a member of the Dean’s List.  While at Wofford, he was a member of the NCAA Golf Team.  Andrew continued his studies at the University of Georgia Terry College of Business where he graduated from the Executive Program for Financial Planning.

He began his financial services career in retail bank management and Commercial Lending with Wachovia Bank and the National Bank of South Carolina.

Andrew relocated to Georgia in 2005 when he became a Partner in a Wealth Management Team at UBS Financial Services in Macon, GA.  He joined the Keen Insight Group in 2007, and in 2010, he and Jeff McClenning assumed ownership of the firm.  In 2016, the firm was rebranded Capital Insight Group.

Andrew, his wife, Anita, and two children live in Brookhaven, GA. His hobbies include golf, hunting and travel. 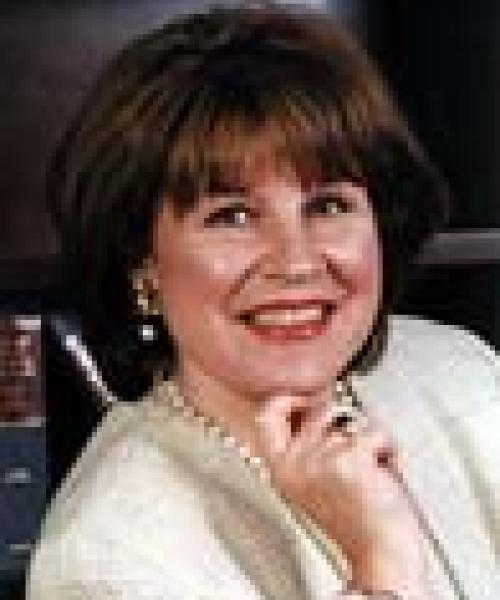 Patricia A. Koehn, CFP is an independent, fee-based advisor that specializes in wealth management, retirement planning, and legacy strategies.  As a certified financial planner, Pat has more than 34 years experience serving her clients.  She is the co-author of MAKING THE MONEY LAST, Financial Clarity for the Surviving Spouse”, is a financial columnist, frequent speaker, and an alumni of Leadership America.  Her mission is to assist her clients attain, perpetuate, and preserve financial independence.

We help build wealth for our clients through prudent investment and tax strategies, using asset allocation, and building a multi-manager/stock portfolio designed specifically to fit your needs and objectives.  What distinguishes our program is its personal emphasis.  It is built around you-your goals, your time frame, and your tolerance for risk.  As your needs change, our ongoing management process ensures that your investment portfolio evolves with you.  We are committed to excellence in client service through prompt results-oriented communication.   Our long-term relationships are built on a foundation of trust supported by the highest degree of integrity. 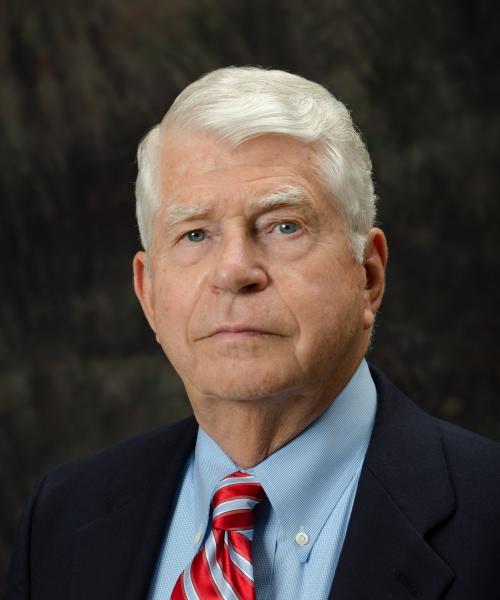 Lewis Walker is a Certified Financial Planner (CFP®) and has been in independent practice as a financial planner and investment adviser since 1976. Recognized as a pioneer in his profession, Lewis achieved his CFP designation in the third class to graduate from The College for Financial Planning in , in 1975.

Educational credits include an undergraduate degree from the Georgetown University School of Foreign Service, Washington, D.C., and a M.B.A. from , . In 2017 the Exit Planning Institute granted Lewis the Certified Exit Planning Advisor (CEPA) designation underpinning Lewis’ work with closely-held business owners in matters of growth, continuity, and succession planning with emphasis on enterprise value acceleration.

A recognized speaker, Mr. Walker has appeared on numerous local and nationally aired news shows and financial management programs. Lewis has conducted seminars and workshops on a myriad of financial and investment topics around the and abroad, for colleges and universities, professional associations, convention groups, and corporations. Numerous articles authored by Lewis have appeared in a number of magazines, including the JOURNAL OF FINANCIAL PLANNING. His weekly column, The Investment Coach™, is featured in ’s THE DUNWOODY CRIER newspaper.

In 2011, Lewis was the winner of the P. Kemp Fain, Jr. Award, the highest award conferred by the Financial Planning Association (FPA).  Honored at the 2011 FPA convention in San Diego, California, the award recognizes an individual who has made outstanding contributions to the financial planning profession.  The award is presented annually to one member of the FPA.

Lewis currently serves as Vice Chairman of the Board for SFA Holdings, Inc., which in turn owns The Strategic Financial Alliance (SFA), an independent broker/dealer and Registered Investment Advisor headquartered in , SFA serves independent financial advisers across the .

Lewis and his wife, Helen, live in Johns Creek, GA. They have two grown children and four grandchildren. His hobby is photography and travel. Lewis has traveled to all seven continents, including . 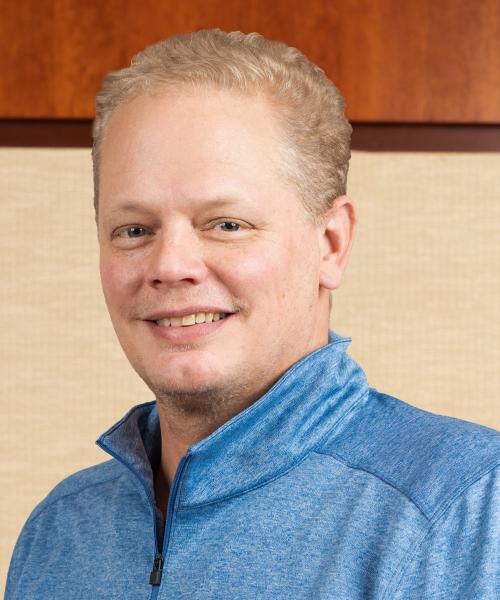 Mike Hostetler is a Certified Financial Planner (CFP®) and a Certified Special Needs Advisor. He has been serving high net worth clients, corporate executives, entrepreneurs, and successful business owners as a financial planner with Capital Insight Group since 2009; he came over from Merrill Lynch where he started his financial services career in 2002. He earned the CFP designation in 2006 and completed the Special Needs training in February 2009. Before joining the Financial Industry in 2002, Mike served at The Walker School as the Controller for the Business office and Assistant baseball coach from 1998-2002.

Mike is a graduate of Georgia Tech where he received a Bachelor of Science degree from the Ivan Allen School of Industrial Management. While at Georgia Tech, Mike was a very successful student-athlete and baseball player. As a pitcher, he earned All-American and All-ACC honors in his first two seasons. He was honored to represent his country as one of the players selected to play for Team USA in 1990. In 1991, Mike was drafted by the Atlanta Braves organization. He accomplished Atlanta Braves Pitcher of the Year honors in 1992 and was a top pitching prospect as he continued his minor league career through the AAA level. An arm injury ended his playing career and led to his retirement in 1998. In 2001, he received a great honor when he was inducted into the Georgia Tech Hall of Fame.

Mike and his wife, Susan, are native Georgians and currently reside in Kennesaw. They have two children, Michael and Megan. When he is not working with clients, Mike enjoys spending quality time with family and friends. His hobbies include golf, fishing, and coaching baseball. 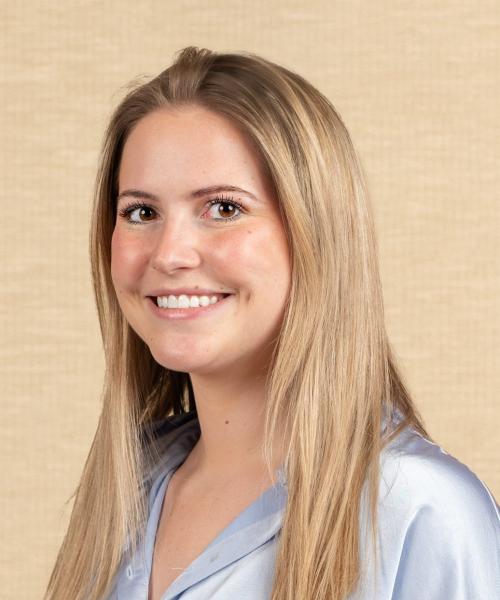 Courtney joined us in 2022 and is a Relationship Manager at Capital Insight Group. Courtney was raised locally in Johns Creek, GA. She graduated from the University of Connecticut with a bachelor's degree in Economics and minors in Business Analytics and Digital Marketing. During her time at UCONN, Courtney was on the Varsity Volleyball Team for 2 years and worked off-campus full-time.

Courtney is passionate about building and maintaining relationships with clients, as well as being an informational resource for any questions or inquiries they may have. When she’s not working with clients, Courtney enjoys playing with her dogs, spending time with friends and family, and working out.