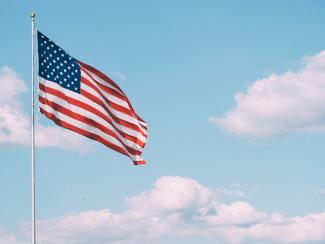 9/11 and Twenty Years Since

For those of us who stared in stunned disbelief at a television screen that terrible morning of September 11, 2001, it’s hard to fathom that two decades have elapsed since that horror was seared into our brain.

As I walked in Newtown Park in Johns Creek early on 9/11/2021, it was the same kind of cool, clear, blue sky morning as it was twenty years ago in New York, Washington, and Shanksville, Pennsylvania.  At 8:46 a.m., recalling the moment a Boeing 767 aircraft loaded with 20,000 gallons of explosive jet fuel slammed into the north tower of the World Trade Center, I felt blessed to be alive, witnessing enthusiastic young athletes who were not even born on 9/11 playing on green athletic fields with parents cheering them on. Walkers enjoying a peaceful morning, the dog park alive with happy owners and animals. I said a prayer of thanks to our Creator, remembering the souls of those who lost their lives, the first responders and military servicemen and women who selflessly sacrificed so much, then and since.

The morning of 9/11/2001 my wife and I were booked on a mid-day flight to San Diego to attend the annual convention of the Financial Planning Association. From San Diego a few days later we were to fly to London, where I was to speak to a European financial planning gathering.  Thankfully, we were not airborne when commercial air traffic suddenly was grounded, stranding passengers far and wide. On the day after flights resumed, we departed Atlanta on a Delta flight to London. The flight path took us west of New York City, close enough in the early evening light so one could see still-smoking ruins where the iconic towers once stood. It was a sobering moment.

Since I was speaking as a financial planning professional and investment advisor to the group in London, the potential impact of the attacks on markets was of concern. The Wall Street Journal, on 9/12/2001 ran a page one story, “Attacks Raise Fears of Recession.” A prominent economist opined, “A full-blown global recession is highly likely.”

When the New York Stock Exchange reopened for business on September 17,  having been closed after the attacks, the Dow Jones Average dropped 684 points, a 7.1% decline, the biggest one-day trading loss in the exchange’s history at the time. That plunge was equivalent to about 2,481 points relative to today’s Dow closing level of 34,949 on 9/10/2021. Following the attacks, in a year plagued with volatile ups and downs, stocks struggled. The WSJ ( 9/7/2002) reported that investors continued to “watch their retirement savings blow away like so many grains of sand.” The Federal Reserve had cut interest rates, but beyond 9/11, hot stock market titans like Enron, Tyco, WorldCom, Adelphia, Qwest, and Global Crossing crashed and burned. By early September, 2002, the S&P 500 index was off -22% for the year, the Nasdaq, -34%. It was not a happy time to be an investor, or an advisor.

This writer, however, had been fortunate on several occasions to meet and be influenced by the legendary investor John M. Templeton. Sir John made a fortune buying stocks on sale when most everyone was worried and selling. He famously proclaimed, “Bull markets are born on pessimism, grown on skepticism, mature on optimism, and die on euphoria. The time of maximum pessimism is the best time to buy, and the time of maximum optimism is the best time to sell.” This writer bought stocks after 9/11, and when they got cheaper, bought more. In the short run, that can be painful. You never really know where the bottom is. You’re betting on the long run.

What is “the long run?” Again, you don’t know. You just have faith that it’s out there. We  counseled clients to maintain adequate liquidity to sustain them during setbacks, whether from personal circumstances or inevitable market downturns. Building a “slush fund” to buy stocks on sale is a recommended strategy. One leading money manager in 2002 observed, “We like to buy stocks when they’re cheap. If we have three down years, I think that’s great. You can read the fundamentals of the economy─population is growing, productivity is growing and you have an accommodative Fed.”

Recently the Dow closed at a record high of 35,631.19, reflecting a gain of about 26,710 points from the despair-driven low of September 17, 2001, when equity markets began to open. Even as today’s investors worry about high valuations in some sectors, uncertainty as to Fed policy going forward, supply chain- and Delta variant-driven economic slowdowns, rising inflation, etc., know this. On 9/11/2001, terrorists took thousands of innocent lives, crashed four large airliners, struck the Pentagon, and imploded the tallest buildings in the world at the time. Those wishing us harm knocked buildings down, but they did not knock America down. As you plan for your next twenty years, keep that in mind!