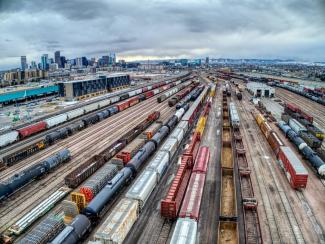 A Covid recession and recovery

The economy hit a peak in February 2020 and bottomed out in April of the same year, according to the National Bureau of Economic Research (NBER) [https://www.nber.org/news/business-cycle-dating-committee-announcement-july-19-2021], which is viewed as the arbiter of recessions and economic recoveries.  In determining the peak and trough of the economy, the NBER considers several indicators of employment and production. “All of those indicators point clearly to April 2020 as the month of the trough,” the NBER said.  While the NBER made its determination last month, it simply confirmed what investors and economists have known for a long time: the two-month recession was the shortest on record [https://www.nber.org/research/data/us-business-cycle-expansions-and-contractions].  When lockdowns and shelter-in-place orders eased in May 2020, activity began to rebound, according to government reports. In some cases, the rebound was sharp.  On a historical note, the third-shortest recession was tied to the Spanish flu in 1918 (seven months), while the 1957 recession, which lasted eight months, came in fourth place and was centered around the Asian flu pandemic.

However, the end of a recession doesn’t mean that the economy has returned to its prior peak.  It simply means that the economy stopped contracting in April and activity turned up in May.  While the shortest on record, the Covid recession was also the fastest decline on record, and pandemic-related distortions have yet to abate.  They may never completely abate.  Some industries have performed incredibly well over the last year, and others continue to struggle.

During the first quarter and second quarter of 2021, Gross Domestic Product (GDP), which is the broadest measure of goods and services in the economy, expanded at an annual rate of 6.3% and 6.5%, respectively, according to the U.S Bureau of Economic Analysis.  While Q2 missed analyst forecasts of 8.4% (Wall Street Journal), it was enough to push GDP above Q4 2019’s peak.  Notably, spending in Q2 was particularly strong for service-related businesses tied to activities outside the home. However, spending on the broad category of services has yet to regain its former peak.

Major averages, such as the Dow Jones Industrials, the NASDAQ Composite, and the S&P 500 Index all touched new highs last month, building on impressive gains over the last year.

​​​​​​​The robust economic recovery, which few analysts had predicted during the lockdowns and shelter-in-place orders last year, has driven corporate profits higher, and in turn, fueled the rally in stocks.  While rising profits have been a big tailwind for stocks, the Federal Reserve has played a role, too, by pushing interest rates to rock bottom levels.  In addition, the Fed continues to buy about $120 billion in Treasury bonds and mortgage-backed securities each month, which pumps additional cash into the financial system.

As the economy expands and creates new jobs, Fed Chief Jerome Powell suggested last month the Fed is getting closer to announcing a plan to reduce its monthly bond purchases, but he did not provide specifics.  Nevertheless, he continues to insist that it’s too early to start talking about raising interest rates.  Ultimately, the path of the economy and the pace of economic growth, coupled with what happens to inflation, will have the biggest influence on when and how quickly interest rates might rise.

I trust you’ve found this review to be educational and informative.  Let me emphasize that it is my job to assist you.  If you have any questions or would like to discuss any matters, please feel free to give me or any of our team members a call.  As always, I’m honored and humbled that you have given me the opportunity to serve as your financial advisor.