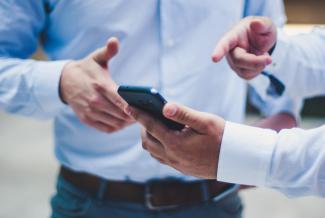 The Best Time to Invest

It’s enough to cause “mental whiplash.” The week of July 18, the Fed raised interest rates again and on 7/28 two quarters of negative GDP growth was announced which generally is considered a  recession. But the president and his spokespersons said we really weren’t in a recession. The S&P 500 index rose by 1.21% that day.

Some market watchers continue to opine that we’ll avoid a serious recession, or perhaps have “a soft landing,” whatever that means. Akin to a “soft car crash?” Is any market surge a “dead cat bounce” or the beginning of a recovery? Confounding questions.

Talking-heads generate daily buzz for the media. One can have strong opinions but no one really knows what the market will do day-to-day. For you as an investor, it’s the long run that counts. If you believe in America and the beauty of a market economy, bet on growth over time.

The legendary investor and wise teacher, Sir John M. Templeton (1912-2008),  proclaimed, “The best time to invest is when you have money.” Whether or not younger investors are familiar with the wisdom of Sir John, a WSJ piece on 7/18/22 noted that despite nerve-wracking market jitters, “amateur investors see opportunity.” “In March, individual investors bought $28 billion of U.S.-listed stocks and exchange-traded funds [ETFs] on a net basis─the largest sum ever recorded by Vanda research since it started tracking in 2014.” The paper stated that in a contrarian trend “institutional investors are doing the opposite.”

When the so-called “smart money” sells, someone buys. If that’s you, buying because you have the money, stay the course and keep dollar-cost-averaging. In the long run, you’ll be a winner.

Buy what you believe in and hang on for the long term. Early in the 1980s this writer met Bob James, one of the founders of what is now Raymond James Financial (RJF-NYSE). Liking his philosophies, and believing that his firm had a future in financial planning and asset management, a modest investment was made in the company. Over the years, as the stock split multiple times, it was held through bear markets, sideways markets, and bull markets. Even a drop of close to 50% during one bear market was not sufficient to shake belief in the long run.

In late June with the stock down 30% at the low compared to its one year high (52-week range $81.95-$117.37), at $90.63 the stock had a yield of 1.50% on dividends. Retired investors who savor dividends will hold good stocks through thick and thin because they like the dividend cash flow, especially when compared to still puny money market fund and bank interest. “Value stocks,” those paying respectable dividends, have held up well during recent turmoil compared to high-flying growth stocks with low yields or no dividends. When prices are down, those accumulating funds for retirement should consider allocations to solid dividend payers with growth prospects.

Warren Buffett has long been a contrarian investor worth emulating. Seeing the stress caused by overemphasis on “green new deal” and ESG initiatives, not only in mature economies like ours but also in emerging economies like Sri Lanka and Ghana, and recognizing that the global economy and supply chain still largely runs on fossil fuels, Buffett’s Berkshire Hathaway now controls almost 20% of Occidental Petroleum’s stock (OXY) after buying another $250 million in shares in the oil producer in mid-July.

The Energy Select Sector SPDR ETF, XLE, has a 52-week trading range of $45.14 to $93.31. On July 29, 2022, the stock traded at 16% below its 52-week high at $78.42, with a dividend yield of 3.57%. A bargain? Or will politics and the war on the American fossil fuels industry continue to weigh on the prices of fossil fuel related equities? Therein lies the rub. Never invest more than you can afford to lose, especially in the short run. In the long run, a well-diversified portfolio will bounce around in value but it is unlikely to go to zero.

As a matter of disclosure, the mention of specific securities does not constitute advice to buy or sell those securities. They are cited only as examples. If you are a “do it yourself” investor, do your research and due diligence. If you work with an advisor, feel free to talk to your financial adviser relative to specific strategies and ideas.

In his 1987 book, The Templeton Plan: 21 Steps to Success and Happiness, Sir John noted that “people on the road to success are not afraid to take calculated risks.” Successful investing is based on calculated risks and diversification over time. Dollar-cost-averaging, combined with patience, discipline, and time, works.