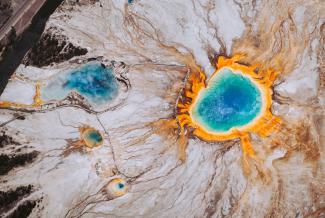 Marty Zweig (1942-2013) was a celebrated American stock investor, investment adviser, and financial analyst. In his book, Winning on Wall Street (1970), he penned the now famous phrase, “Don’t fight the Fed.”  He saw trends in interest rates and monetary policy driven by the U.S. Federal Reserve Bank as a the dominate factors in attempting to augur the direction of the stock market.

Efforts at prognostication have equity market participants reacting to every tidbit of news, especially comments such as those made by Federal Reserve Chairman Jerome Powell  at the Fed’s annual gathering in Jackson Hole, Wyoming in August. Powell said that interest rates must be raised further to fight inflation, despite growing recession risk. Zwieg’s advice was for investors to align portfolio strategies with the current trends in monetary policies rather than against them. Simple, yes?

Not really. So-called “sophisticated investors” are constantly sifting through the tea leaves, attempting to assess the meaning of data and news items and the potential impact on market direction. The highly watched S&P 500 stock index dropped 4.2% in August. Oil prices continued a three-month decline through August, good news on Main Street at the gas pumps, but dour news for Wall Street as Mr. Market saw a stronger chance of recession.

One of the best quotes about prognostication is the famous 2002 comment by U.S. Secretary of Defense Donald Rumsfeld. “There are known knowns; there are things we know we know. We also know there are known unknowns; that is to say we know there are some things we do not know. But there are also unknown unknowns—the ones we don't know we don't know. And if one looks throughout the history of our country and other free countries, it is the latter category that tends to be the difficult ones.” Rumsfeld was talking about evidence purporting to link the government of Iraq with the supply of weapons of mass destruction and terrorist groups, but his thought process can also apply to guesswork relative to market trends.

September opens the political warfare floodgates leading up to the November elections. While most political advertising consists of trying to smear the opposition rather than tout specific fixes for the problems bugging the electorate, most politicians should heed the warning offered in 1992 by Democratic strategist James Carville, “It’s the economy, stupid.”

Understanding what’s on voter’s minds by-and-large may have a bearing on both political and stock market outcomes. A 9/3/2022 report by pollster Rasmussen indicated that the majority of  Americans still are “very concerned” about the economy, most are not sold on electric vehicles (cost, limited range, and lack of charging stations); most rate Joe Biden as “poor” on immigration; just 8% rate public schools as “excellent”; only 29% say America is headed in the right direction. Given concern over public schools, many families are opting for private schools, introducing added financial planning considerations.

What is interesting is that when you or any stockholder sells given a worrisome outlook, someone is on the other side of the trade, buying in the spirit of bargain  hunting. By the time a positive trend is confirmed, the bargain price is long gone. If we have learned anything over time, it’s “the certainty of uncertainty.” Reflecting strategies in his persistent pursuit of value, Warren Buffet’s shareholder letters are rife with time-tested wisdom. To wit: “While it’s true that downturns can create opportunities for investors, short-term investing still comes with a substantial amount of risk. Over the short-term, the direction of the market can be impossible or nearly impossible to predict with any level of accuracy. Over the long-term, trends begin to emerge and we can see that the market consistently rises over time. A market downturn doesn’t make the short-term more predictable, and it may even make it less predictable. Do not take yearly results too seriously. Instead, focus on four or five-year averages.”

Investment advisors can help to align portfolio strategies and the selection of money managers with your need for liquidity, ability to tolerate risk and volatility, time frames, tax posture, and overall goals and objectives. There is always a tradeoff of some kind in the strategies touted by advertisers and radio and television pundits at the heights of market uncertainty. If you increase certainty relative to principal preservation, often you must cap the rate of return potential. Absolute safety, for example, in a money market fund currently results in negative inflation adjusted terms after tax.

Buffett is a big fan of dollar-cost-averaging, consistent and patterned investments in a diversified equity portfolio over time, made regardless of what the market is doing. Contributing on a regular basis to a 401(k), Roth or regular IRA, 529 College Savings Plan, or other type of retirement and wealth accumulation plan works given time frames of five to ten years or more. Don’t worry about known and unknown unknowns. Like things that go “boo in the night” that plague overactive childhood imaginations, they are always present. They are tools of opportunity for the persistent!