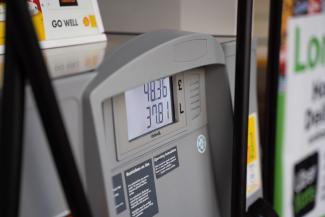 The Experts and Inflation Fears

In 1974 the famed Austrian School economist, Friedrich von Hayek (1899-1997), received the Nobel Memorial Prize in Economic Science. A defender of classical liberalism, Hayek delivered his acceptance speech, “The Pretence of Knowledge, to mark the occasion. He opined that defining economics as a science could lead to thinking that anyone could truly know enough to engineer society successfully.

Midst the Covid-19 pandemic and the search for cures for the economic fallout, the phrase, “Listen to the science,” became gospel. The elite experts, the economic and societal engineers who run the monetary, economic, and political show in Washington who are pushing record federal spending and monetary injections into our economy, say “worry not,” interest rates are projected to stay low and inflation is not a problem.

The 1970s saw rising inflation midst a stagnating economy. In 1973 U.S. inflation averaged 6.2%, jumping to 11% in 1974. As pundits turned to experts for a solution, Hayek wryly observed, “The economists are at this very moment called upon to say how to extricate the free world from the serious threat of accelerating inflation which has been brought about by policies which the majority of economists recommended and even urged governments to pursue.”

Federal Reserve gurus may assure us of easy money and low interest rates, but bond buyers and sellers run the game. On February 24th, 2021, the Dow dropped 559.85 points as a “wave of selling in U.S. government bonds intensified,” driving yields on 10-year Treasury notes to 1.513%, compared to a  yield of 0.70% in October. There’s the rub. Seemingly “good news” strengthening of the American economy and a sharp drop in jobless claims becomes “bad news,” triggering worries about potential overheating and rising inflation.

The Wall Street Journal, 2/27/21, noted that Covid aid “is pouring money into the U.S. economy, priming it for rapid growth this year.” Household income is up 13% since February, 2020. Some aid money has been spent, but much has been stashed away. Household savings totaled $3.9 trillion in January, 2021, versus $1.4 trillion in February, 2020. Some forecasters see 6.5% or more in growth of the economy this year, a potentially robust performance. Debates about inflation will continue to cause periodic willies amongst stock and bond traders with concomitant volatility. Everything coming up roses? Roses have thorns. Maintain adequate cash reserves to ride out market dips if you depend on your portfolio for cash flow to sustain lifestyle.

Inflation in prices for goods and services aside, asset price inflation is flashing warning signals. In 2020, the S&P 500 growth stock index vastly outperformed the total S&P 500 index, as FAANG (Facebook, Amazon, Apple, Netflix, Google) and ESG (environmental, social, governance) stocks soared and price/earnings (P/E) ratios ascended well north of norms. In a discussion between James Grant, editor of Grant’s Interest Rate Observer, and Kevin Duffy of Bearing Asset Management, published in The Austrian magazine (January-February 2021), Duffy noted that the current market cycle “is perhaps unique” given that some investors are buying stocks that are highly priced relative to underlying earnings and profits. He says, “There are so many price-insensitive buyers, not just the Federal Reserve, but also index fund investors and virtue-signaling millennials.” (Robin Hood: “Have I got a deal for you!”).

Duffy pointed to Tesla, where everyone is focused on lack of emissions, but overlooking the matter of where electricity comes from, “not to mention the costs of recycling batteries.” Grant cited money manager Will Thomson of Massif Capital, LLC, who avoids ETFs labeled ESG as they own FAANG and other high multiple stocks. Instead, he says, buy the kind of dirty industrial business that’s cleaning itself up.” Which would you rather own at this juncture? Undervalued attractive growth with a forward P/E of, say, 18.7x, or an indexed portfolio of 24.9x or greater?

Grant has published his newsletter since 1983 and he’s a student of economic history, as was Hayek. Observing the enormous debt and monetary creation in response to the pandemic and challenges of recent years, Grant notes, “Every succeeding crisis brings a more muscular monetary response─a lower funds rate, a larger Federal balance sheet. But ultralow rates encourage more credit formation, which leads to greater fragility and thus to the next crisis. The Fed is arsonist and fireman all rolled up into one.” In 1974 Hayek saw the economists, the experts, as arsonists being called on for advice on how to fight inflationary fires. Déjà vu all over again?

The government, corporations, and individuals have gorged on debt given historically cheap money.  Grant asks, what if instead of 2% inflation in line with Fed targets, it’s 4% or 5%? “The indicated response would be to raise the federal funds rate, but rivets start popping when money gets tight in a leveraged economy. What the world is not set up for is an inflation, to be sure.”

“History doesn’t repeat itself, but it often rhymes.” ─Mark Twain.