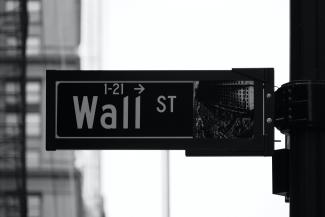 GameStop and Other Madness

Scottish journalist, author, and poet, Charles Mackay (1814-1889), is best known for his study of crowd psychology and his tome, Extraordinary Popular Delusions and the Madness of Crowds, first published in 1841. His descriptions of “delusions, follies, and bubbles” illustrate once again French writer Jean-Baptiste Alphonse Carr’s 1849 observation, “The more things change, the more they stay the same.” Take the recent fleeting bubbles in various stocks like GameStop, AMC Entertainment Holdings, and silver related equities.

In late January and early February, the U.S. stock market did a “loop de loop” as individual investors en masse began buying shares in GameStop and AMC, driving up the price. Rising prices forced hedge funds, which had shorted the stocks, to cover short positions by buying stock, further driving up prices in a classic “short squeeze.” Some hedge funds lost billions while some small investors went on Internet chat sites to brag about their profitable killing, prompting more buying from “me too” followers.

Bigcharts.com on 2/9/21 showed GameStop Corp. stock (GME) as having a 52-week low of  $2.57 a share and a 52-week high of $483.00. The stock languished near the low until about September, 2020, when  buzz on various Internet sites and chat rooms generated buying pressure. Free stock trading sites like Robinhood attracted legions of small investors and novices, and, as a buying frenzy ensued, GME, AMC, and silver related stock prices rocketed to stratospheric heights.

Charles Mackay observed, “Men, it has been well said, think in herds; it will be seen that they go mad in herds, while they only recover their senses slowly, and one by one." He also noted, “We find that whole communities suddenly fix their minds upon one object, and go mad in its pursuit; that millions of people become simultaneously impressed with one delusion, and run after it, till their attention is caught by some new folly more captivating than the first." It’s hard to find a better description of the buying mania.

In 1986, economist and writer Herbert Stein testified before a U.S. Congressional hearing on a “debt bubble” of sorts. Referring to federal spending programs fueled by foreign borrowings, Stein opined, “Our foreign debt cannot rise forever relative to the GNP. But, of course, if they (perpetual borrowings) can’t, they will stop.” Stein’s timeless quote pops up in various forms, to wit, “If something cannot go on forever it will stop.” Continuing to pile up federal debt relative to GDP in response to the pandemic, Green New Deal, and other initiatives, cannot go on forever, but that seems to be unpopular thinking these days. But let’s stick to Wall Street.

Another bromide suggests that something only works well until everyone is doing it. And so it came to be with the GameStop bubble─it popped and stopped. On 2/9/2021, GME was trading downward at $48.74 a share, and those who didn’t take profits, are licking their wounds. Late comers have taken a real hit. In today’s world of high speed trading and instant 24/7 communications, a bubble can burst with lightening speed.
Bubbles generally are recognized in hindsight after prices settle back to earth. New technologies tend to attract investment as trend-following speculation fuels price and valuation excesses. In Charles Mackay’s day in the 1840s, steam powered railroads were the hot new thing. Railway share prices rose in Great Britain and Ireland, with prices peaking in 1846. The bubble unraveled after Parliament stepped in, limiting proposed routes to 9,500 miles. A third of the authorized lines were never built due to poor management, inadequate financial planning, and fraud.

“Sent from my BlackBerry” on an email or Smartphone message once was a sign of a savvy executive. Shares of Blackberry, Ltd. soared from around $1.54 US in 2002 to a peak near $132 US in 2008 before collapsing back to around $8 US by 2013. There will be investor losses in clean energy as speculators chase chimeras. “Climate change” will continue as a dominate theme of interest to prudent portfolio managers. Based on a policy of seeking and holding equities with long-term value, conservative money managers like Reaves see potential in select renewable power projects and utilities that can meet carbon policy goals. Basing stock selection on the “madness of crowds” is gambling pure and simple.