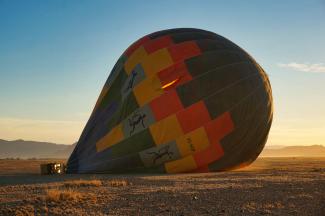 Inflation and Your Financial Future

With record amounts of money injected into the American economy via massive deficit spending, Treasury Secretary Janet Yellen, on Meet The Press (2/28/21) opined, “Is there a risk to inflation? I think there’s a small risk and I think it’s manageable.” Students of history might disagree. The late Karl Pohl (1929-2014), former West German central banker, famously said, “Inflation is like toothpaste. Once it's out, you can hardly get it back in again.”

The fiscal toothpaste already may be out of the tube. Last year, the cost of supermarket purchases rose 3.5%, 75 percent above the 20-year average. As Covid restrictions ease, stir-crazy individuals and families are hitting the road and flooding airports. Gas prices are up. Airline fares are rising as demand recovers. The Biden administration aims to increase the federal gas tax to help pay for infrastructure. Transportation costs are rising with a shortage of shipping containers and demand for truck drivers is accelerating. Noted on a recent road trip, many tractor-trailers were sporting signs, “Drivers wanted. Good pay.” Housing prices in metro Atlanta rose almost 10% in the past year. Increased costs for lumber and other construction materials are pushing up prices on new construction and home renovation projects.

Quite simply, inflation is a decline in the purchasing power of your money over time. Remember the first year of the new millennium? It takes $1.48  to buy what $1 purchased in 2001. That’s inflation. Suppose you aim to retire in twenty years, with a minimum of $1,000,000 in today’s dollars in your 401(k) or other retirement plan. You may need more than $1,480,000 net of taxes to equal today’s purchasing power.

Nobel prize winning economist Milton Friedman (1912-2006) wisely observed, “Inflation is always and everywhere a monetary phenomenon in the sense that it is and can be produced only by a more rapid increase in the quantity of money than in output.”
During the pandemic and its aftermath, we’ve seen tsunami-like federal spending, with more proposed. To support spending our government can either increase taxes, incur debt, or print money. Federal Reserve Bank data shows that in 2020 U.S. currency increased by about $11 trillion, of which 34% was printed money. (Epoch Times, 4/14/21). It’s hard to imagine that we can keep that up without debasing our currency. As for borrowing, the Treasury is encountering resistance from bond buyers both foreign and domestic, hence rising yields on benchmark 10-year paper.

The administration seeks to raise the corporate income tax rate to 28% from 21%. When costs of any kind rise for a company there’s less money to reinvest in growth, less money to hire new workers and increase salaries, benefits, and profit sharing. Less for research and design and competing with China. Less money for stock dividends, important to retirees and other investors. Competitive pressures and squeezed profit margins incentivize replacing labor with technology. Don’t believe the hype that corporate tax increases won’t impact you.

The administration calls for higher capital gains taxes on annual income over $1,000,000, raising the tax rate to 39.6%, equal to the proposed top rate on ordinary income. Add the 3.8% Medicare surcharge and the total is 43.4%. Add state income taxes and the bite in some jurisdictions exceeds 50%. States with no income tax, like Florida and Texas, are likely to benefit.

Ponder the impact on entrepreneurs and farmers, those “asset rich” but “cash poor,” when they seek to retire and monetize their investment. Tax and estate planning, and succession planning for closely-held-business owners, merits increased urgency.  When you tap your qualified retirement plan nest egg, every dollar withdrawn is taxed at ordinary income rates. Given the outlook for lavish federal spending and rising debt service interest costs on current and future debt, do you think tax increases will be confined only to the millionaire and billionaire classes? Rising taxes are a form of “inflation” as your net buying power decreases relative to gross income.

Young people starting on the road to financial independence have a dog in this fight. President Herbert Hoover proclaimed, “Blessed are the young, for they shall inherit the national debt.” At all ages, strive to grow an investment portfolio tilted toward the hedging of inflation, one built on solid goals, dedication, perseverance, and time. Stocks as an inflation hedge take time and patience. Own things likely to appreciate with inflation, including growth and income producing stocks, real estate, other tangibles and alternative investments, your own business.

Heed the words of British political economist David Ricardo (1772-1823): “Neither a state nor a bank ever have had unrestricted power of issuing paper money without abusing that power.” Forewarned is forearmed.