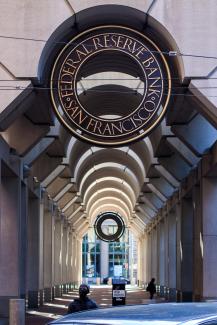 The year 2022 was an unpleasant one for investors.  The Dow Jones Industrial Average (30 stocks) and the broader-based S&P 500 (500 stocks spread across major industries) peaked as the year began (Yahoo Finance data).  The Fed’s response to stubbornly high inflation prompted the fastest series of rate hikes since 1980, according to data from the St. Louis Federal Reserve.  While we would never discount the severe humanitarian crisis that has unfolded for our friends in Europe, market woes were compounded by Russia’s illegal invasion of its neighbor.  The war on Ukraine exacerbated inflation by temporarily sending oil prices much higher and lifting commodities such as wheat.  The allied response designed to punish Russia also trickled into financial markets.

Put another way, the favorable economic fundamentals we were treated to in the 2010s—low interest rates, low inflation, and modest economic growth shifted dramatically last year.  The economy expanded, but the interest rate and inflation environment overwhelmed any tailwinds from economic and profit growth.  Notably, however, the returns on major market averages varied widely.  The Dow lost 8.8%, while the S&P 500 Index gave up 19.4%, the biggest disparity in over 60 years, according to CNBC.

Furthermore, the tech-heavy, growth-heavy Nasdaq stumbled badly amid the high-rate environment.  In hindsight, it’s not surprising, as we’d expect fast-growing firms such as technology to be the most sensitive to higher interest rates.  A slowdown in growth in the sector compounded problems.

The disparity between the Dow and the S&P 500 is puzzling at first glance.  When looking at just the Dow, one might be tempted to ask, “What bear market?”  Or, don’t both indexes basically cover the same industries?  Well, not exactly.  If you look under the hood, the answer surfaces.  “The Dow has done better because it was underweighted in those areas that fell the furthest and overweighted in those areas that did better,” said Sam Stovall, chief investment strategist at CFRA Research.  The Dow also benefitted from its more defensive composition, including a heavier emphasis on health care.

Despite the wide disparity last year, over time the index performance tends to correlate more closely.

In recent years, uncertainty in equities has aided bonds, as investors sought safety in fixed income.  Last year was a notable exception.  The yield on the 10-year Treasury bond rose from 1.63% at the beginning of the year to 3.88% by year-end (U.S. Treasury Dept). Bond prices and yields move in opposite directions, which pushed bond prices down.  The drop in bond prices can be traced to the sharp rate hikes from the Federal Reserve.

Inflation is the root of the problem.  A year ago, the Fed belatedly recognized that 2021’s surging inflation wasn’t simply “transitory,” its word of choice at the time.  The annual CPI was running at 7.0% in December 2021; it peaked at 9.1% in June, and moderated to a still-high 7.1% by November, the last available reading according to the U.S. Bureau of Labor Statistics.

The recent slowdown in inflation is welcome, but a couple of months of lower readings aren’t exactly a trend, at least in the Fed’s eyes.  While the Fed appears set to slow the pace of rate increases in 2023, it has signaled that the eventual peak will last longer, as it attempts to bring the demand for goods, services, and labor into alignment with the supply of goods, services, and labor.  Of course, the Fed’s weapon of choice—higher interest rates—is a blunt instrument. It does not operate with the precision of a surgeon, and pain won’t be and hasn’t been spread evenly.  Despite chatter in some corners that we are in a recession, a 3.7% jobless rate, which is just below this year’s low of 3.5%, coupled with still-robust job growth, is sending a signal that the economy continues to expand.

However, this year could bring new challenges, and attention has slowly been shifting away from inflation to economic performance.  The Conference Board’s Leading Economic Index is far from a household name.  But it is a closely watched index designed to foreshadow a recession.  It’s not a good timing tool, nor should it be used to forecast the depth of a recession. But it has never failed to peak in front of a recession (data back to 1960).  Through November, it has fallen for nine-straight months, according to the Conference Board.  Moreover, more than two-thirds of the economists at 23 large financial institutions expect the U.S. will slide into recession this year. [https://www.wsj.com/articles/big-banks-predict-recession-fed-pivot-in-2023-11672618563]

Nevertheless, a recession is not a foregone conclusion.  A resilient labor market and a sturdy consumer, with borrowing power and some pandemic cash still in the bank, could support economic growth this year.  Ultimately, we counsel that you must control what you can control.  We can’t control the stock market or the economy.  Events overseas are out of our control, but we can control the financial plan.  It’s not set in concrete, and we encourage adjustments as life unfolds.  While we caution against making changes simply based on market action, has your tolerance for risk changed considering this year’s volatility?  If so, let’s talk.

I trust you’ve found this review to be educational and helpful.  Once again, let me remind you that before making decisions that may impact your taxes, it is best to consult with your tax advisor.  If you have any questions or would like to discuss any matters, please feel free to give me or any of my team members a call.