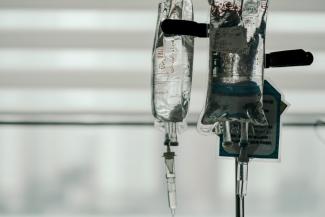 The Fed’s medicine for inflation

The Federal Reserve has been grappling with the worst inflation in over 40 years.  Of course, it’s not just the Fed.  Equity investors, bondholders, consumers, and workers are feeling the sting of higher prices.  High inflation has forced the Fed to react by ratcheting up interest rates at the fastest pace since the early 1980s, according to St. Louis Federal Reserve data.

Higher rates have pressured stocks.  Rising yields have also pressured bonds.  The price of bonds moves in the opposite direction of yields.

A quick review of the table of returns below highlights the weakness in stocks and bonds since the beginning of the year.

Government data demonstrate that wages aren’t keeping pace with inflation.  And you and I are well aware of the higher prices we are paying for a range of goods and services.

Here is a question that sometimes comes up: “Why is the Fed raising interest rates to tackle inflation?”

It’s a fair question that doesn’t require a complex answer.  I once heard that economics is simply commonsense made difficult.  Let’s go step by step and try to remove the ‘difficult’ as we explain what the Fed is hoping to accomplish.

Inflation raged in the 1970s.  It became embedded into the DNA of the economy.  No one liked rising prices, but it was the fabric of everyday life.  That is until Paul Volcker was appointed chairman of the Federal Reserve in 1979.  Without diving too deep into economic theory, the Federal Reserve, under his leadership, drove interest rates into the stratosphere.

In early 1981, the Fed briefly pushed the fed funds rate over 20% (St. Louis Federal Reserve).  Six months prior to that, the key rate sat near 10%.  When rates soar to seemingly unfathomable levels, economic activity grinds to a halt amid the soaring cost of money.

The jobless rate jumped, production fell, and excess capacity in the economy rose.  It’s the opposite of today’s supply chain woes.  Put another way, supply of goods and services exceeded the demand for goods and services.  Furthermore, because businesses didn’t require as many workers, there was less pressure to bid up wages.  This is also the opposite of today’s environment.

Input costs came down, which removed the pressure to raise prices.  And, with falling demand brought on by a steep recession, most businesses lost the ability to quickly raise prices.  Long story short, the rate of inflation came down.  But it took a very painful recession to squeeze a vicious inflationary cycle out of the economy.

This isn’t the 1970s, but the concept is similar.  Raise interest rates, which raises the cost of money and—the Fed hopes—slows demand.

Slower demand would likely reduce sky-high job openings (in turn, reducing upward pressure on wages).  Slower demand makes it more difficult to raise prices, which would bring down the rate of inflation—at least that is the theory behind the Fed’s reasoning.

Well, Gross Domestic Product (GDP), which is the broadest measure of goods and services in the economy, fell in the first and second quarters (U.S. BEA).  Demand is down, right?  Why isn’t inflation down?  Aren’t we in a recession as some folks say?

If we’re in a recession, it’s one unusual recession.  Job growth is strong, and quirks in how GDP is calculated are playing a role in the weak numbers.  For example, consumer spending was up in Q1 and Q2.  While job openings are still high, they are coming down, according to the latest U.S. BLS data.

Instead of a recession, today’s environment is more akin to ‘stagflation,’ or stagnate economic growth and high inflation.  Bringing inflation down isn’t an overnight process.  In order to succeed, the Fed is eyeing additional rate hikes, as it hopes to bring demand back in line with supply.

“There’s a path for us to be able to bring inflation down while sustaining a strong labor market. …We know that the path has clearly narrowed, really based on events that are outside of our control. And it may narrow further,” Fed Chief Jerome Powell said at the end of July. [https://www.federalreserve.gov/mediacenter/files/FOMCpresconf20220727.pdf]

Powell recognizes that it may take a recession to help get inflation back to the Fed’s 2% target, or an incredible amount of luck to engineer an economic soft landing, i.e., slower economic growth that brings inflation down without a significant rise in the jobless rate.  Powell was asked how deep a recession the Fed might tolerate in its quest to squash inflation. He wisely side-stepped the question.

We say ‘wisely’ because telling the public the Fed would blink if the medicine is too tough—or saying ‘Yes, we’ll drive the jobless rate as high as needed’ are hypotheticals that could lead to unintended short-term consequences in the market.