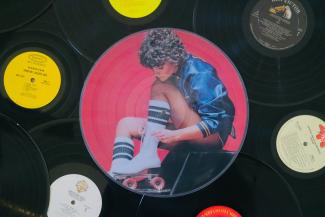 In part, it’s a timing issue since both indexes hit their respective peaks in the first week of 2022 (St. Louis Federal Reserve data for the S&P 500 and the Dow).  Timing issues aside, stocks have tumbled since hitting all-time highs, and the S&P 500 Index has shed 23.6% from its January 3 peak to its June 16 trough, which officially lands us in a bear market.  The stock market is considered to be in a bear market when the broad-based index falls 20% from a prior peak.

Six of the seven worst sell-offs centered around the 2008 financial crisis, ranging from losses of 29.4% to 42.7%.  The outlier occurred in 1974, when the S&P 500 shed 32% over a six-month period.  Today’s market weakness shares little in common with conditions during 2007-2008, when a housing bubble fueled by weak lending standards and massive speculation nearly brought down the financial system.

While housing prices have soared and bubble talk abounds, bank capital standards are much stronger today and lending standards have tightened considerably since the housing bust.  Moreover, the problem isn’t too many homes.  It’s just the opposite:  too few homes in too many locales.

But we can draw parallels to the early 1970s.

Today, we don’t talk much about the prime rate.  Some loans still track the rate, and it is heavily influenced by changes in the fed funds rate, which gets much more attention.  Nonetheless, while the roots of inflation in the 1970s do not mirror what we see today, we do find some similarities, including ultra-easy money in the early 1970s, a lack of fiscal discipline, and soaring oil prices tied to the 1973-74 OPEC oil embargo.

The U.S. is not as dependent on foreign sources today and much greater fuel efficiency mitigates some of the impact, but rising gasoline prices are playing a role in the rise in the CPI, which hit 8.6% in May (U.S. BLS).  An oil embargo, soaring energy prices, and a sharp rise in interest rates contributed heavily to a recession that began in late 1973 and lasted until early 1975, according to the National Bureau of Economic Research (NBER).

Some commentators believe we are already in a recession.  And while there are parallels between then and now, no two periods are exactly alike.  The S&P 500 Index has entered a bear market, which typically signals a recession.  With the exception of the one-day market crash in 1987, we must travel back to 1966, when investors lopped 22% off the S&P 500 Index, but a recession was avoided.

Today, Fed Chief Jerome Powell continues to talk about the importance of getting inflation under control.  And the Fed seems to be in no mood to veer from its inflation-fighting course, even if it means a recession.  But a recession is not a foregone conclusion.

Although economic growth has slowed, consumer confidence is down, and a decline in Q2 GDP is on the table, job growth has been robust, layoffs are low (though they have ticked higher), and consumers are splurging on travel and other services that were out of reach in the pandemic.  Furthermore, Moody’s Analytics argues that plenty of stimulus cash remains in bank accounts, which could support consumer spending, and typical signs of rising loan delinquencies have yet to materialize (St. Louis Federal Reserve).

We won’t try to pinpoint a stock market bottom, and today’s economic fundamentals have created stiff headwinds for equities.  Market pullbacks and bear markets are inevitable, and we recognize they can create unwanted angst.  We also know that an unexpected, favorable shift in the economic fundamentals could fuel a sharp rally since sentiment today is quite negative.

As we have seen from over 200 years of stock market history, bear markets inevitably run their course and a new bull market begins.  We saw that after the 2008 financial crisis, and we saw that after the Covid lockdowns led to a swift bear market and a steep but short recession.  We also saw stocks rally from the lows of the 1974 bear market.

We know times like these can be difficult. If you have questions or would like to talk, we are only an email or phone call away.