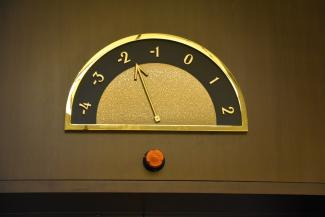 As we moved into the final days of May, a sharp rally helped minimize losses for the month, as illustrated in Table 1.  The peak-to-date loss for the S&P 500 Index through May 31 is 13.85%.

What fueled the rise in stocks over the last decade and what has changed today?  We believe there has been a shift in the economic fundamentals.  During the 2010s, interest rates were extremely low; the Fed was buying Treasury bonds during the early part of the decade (popularly called quantitative easing or QE).  Inflation was low and the economy was expanding at a modest, if unimpressive, pace.  That economic expansion fueled a rise in corporate profits.

When the Fed began to raise rates, the shift in policy was gradual.  While stocks never rise in a straight line, the economic fundamentals created a strong tailwind for equities.

Today, the economy is expanding, and corporate profits are rising, according to Refinitiv.  But an upbeat Q1 profit season failed to stem the latest slide in stocks.  Why?  We believe you can point to a shift in the once-favorable fundamentals.

First, let’s start with the Federal Reserve.  During prior rate-hike cycles, such as the early 2000s and the second half of the 2010s, the Fed took great pains to reassure investors that increases would be “measured” or “gradual.”  The investor-friendly language has been jettisoned.

In hindsight, the Fed should have started tightening the monetary screws with rate hikes last year.  It didn’t.  It insisted that last year’s rise in inflation was “transitory.”  It wasn’t.  In response to the sharp rise in inflation, the Fed is being forced to play catch-up.

In May, the Fed hiked its key lending rate, the fed funds rate, by 50 basis points (bp, 1 bp = 0.01%) to 0.75% – 1.00%.  It was the first 50 bp rise in over 20 years.  While 75 bp is off the table, at least for now, the Fed is signaling that another 50 bp rate hike will be delivered in June and again in late July.  In an interview last month, Fed Chief Powell said, “What we need to see is inflation coming down in a clear and convincing way, and we’re going to keep pushing until we see that.” [https://www.wsj.com/articles/transcript-fed-chairman-jerome-powell-at-the-wsj-future-of-everything-festival-11652821738 ]  It’s tough talk.

We want a return to price stability, and comments like that strongly suggest job #1 at the Fed is price stability.  But over the shorter term, an aggressive policy to rein in inflation increases economic uncertainty and angst among investors.  In addition to rate hikes, the Fed will also let some of the maturing bonds it holds run off its balance sheet without replacing them.  It’s the opposite of QE, and it’s called QT—quantitative tightening. As with rate hikes, it’s a shift away from the Fed’s easy money policy.

While the Fed should take some responsibility for today’s high inflation, we won’t blame it entirely on them.  Excessive fiscal stimulus encouraged a consumer-led buying binge (and a fast return to full employment), and supply chain woes that limited the availability of some goods are part of the problem, too.

Further, severe labor shortages have lifted wages, and businesses are passing along the higher costs.  Market volatility is also being exacerbated by Russia’s invasion of Ukraine, which has pushed up energy prices and appears poised to slow global growth. Recent lockdowns in China have aggravated supply chain issues.

Lastly, whether it is warranted or not, odds of a recession have risen, which is adding to uncertainty.

Taking the stairs up and the elevator down

Stocks have a long-term upward bias, but downturns can be swift and uncomfortable.  We understand that.  But a review of the long-term data is encouraging.  The Schwab Center for Financial Research analyzed S&P 500 data going back to 1966. [https://www.schwab.com/learn/story/7-investing-strategies-to-prepare-bear-markets]

While we know that past performance doesn’t guarantee future results, Schwab found that the average bear market lasted 446 days (including weekends/holidays).  The average bear market decline was 38.4%.  Here is the good news.  Bull markets averaged 2,069 days and returned an average of 209.2%.

Yet, market timing is exceedingly difficult.  “I never have the faintest idea what the stock market is going to do in the next six months, or the next year, or the next two,” legendary investor Warren Buffett once quipped.  He’s right.  A few get lucky from time to time, but no one can consistently call market tops and market bottoms.  Nonetheless, we believe that clarity on inflation and rate hikes would inject a more positive tone into sentiment.

That said, Buffett has an investment plan.  He follows it, and he has an enviable track record.  Buffet knows markets don’t rise without corrections.  His investment plan and your investment plan account for unexpected detours--you know, when markets take an unscheduled detour lower.  But your plan isn’t set in stone.  As life’s circumstances change, the plan can and should be revisited.

But let’s be careful about making investment decisions that are based on emotion.  As the plan discourages one from taking on too much risk when stocks are soaring (and we may feel invincible), it also discourages one from selling when the waters turn choppy.  Successful investors are disciplined.  They avoid letting excess optimism or pessimism guide their decisions.

We know times like these can be difficult. If you have questions or would like to talk, we are only an email or phone call away.