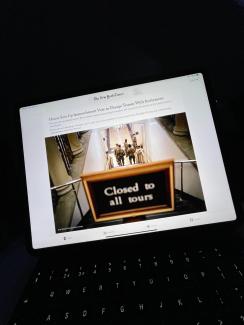 Market Timing in 2020? A Lesson Learned

In we learned, again, that market timing doesn’t work. To be successful, you have to make two amazingly prescient decisions─when to get out, and when to get back in.

Take the widely traded surrogate for the S&P 500 Index, SPDR ETF, SPY. On February 19, 2020, SPY was “riding high” at 338.34, surfing strong economic numbers. Then investors began to notice a new virus from China was starting to kill Americans. By March 23rd, SPY was close to bottoming out, trading at 222.95, down a whopping -34%. Then as COVID-19 news worsened and lockdowns and economic damage spread, SPY turned around. At this writing, two days after the Senate race in Georgia turned our red state purple, giving Democrats control of the U.S. House, Senate, and White House, and on January 7, 2021, as The Wall Street Journal headlined, “Mob Stormed Capitol,” SPY, was trading at 378.93, up +74% from the March 52-week low of 218.26. At the end of the 1/7/21 trading day, shares of U.S. companies big and small closed at new records. How would you have market timed that? If you had gotten out of the market, when would you have come back in?

We saw similar startling patterns in ETFs tracking other major indexes. The Dow Jones Industrial Index tracking ETF, DIA, shows a 52-week trading range of 182.10 to 311.98, a gain from low to high of +71.3%. Witness similar surges in other index surrogates, despite lockdowns, rising death rates, layoffs, business closures, riots and political unrest. QQQ, which tracks the tech-dominated Nasdaq index, with a 52-week trading range of 164.93 t0 315.29, gained +91.2% off of the bottom.

But for all of the ballyhoo regarding the sweethearts of Big Tech (the FANG stocks), and companies like Zoom, Teledoc, and Netflix that benefited from “work and study from home” mandates, ETFs that track the Russell 2000 Index are having a “blowout” banner year! The Russell 2000 reflects 2000 small-cap companies that comprise the overall Russell 3000 Index, which tracks nearly 98% of publicly traded U.S. stocks. Sometimes called “Main Street stocks,” the Russell 2000 encompasses equities tied to the so-called “whims of the American economy.” But isn’t Main Street suffering from lockdowns, bankruptcies, rising crime rates and unrest in some major cities, and changing buying patterns?

Well, yes. But Mr. Market tends to overlook “what’s happening now,” stuff that at the time screams “worry,” while focusing on promising trends, a better tomorrow, recovery, whenever that may be. As researchers showed progress with vaccines, and Pfizer and Moderna announced breakthroughs, in late summer and fall investors began plowing money into the Russell 2000. The Vanguard Russell 2000 ETF, VTWO, has a 52-week trading range of 76.92 to 167.9093, a gain of 118.3% from low to high! How many contrarians had the foresight to buy near the low in March when the news was grim?  Or even later as positive news seeped out?

Note: Stock prices and performance statistics cited in this article are of January 7, 2021. Information on the ETFs featured does not constitute buy or sell recommendations. The point is to underscore the difficulty of market timing or reacting to headlines, especially since negative news tends to get the most attention. You have to read and ferret out potential promising trends, and take a risk of continued volatility with any bet.

We saw a year when the Federal Reserve Bank along with Congress flooded the country with money, driving interest rates to new lows, below what forecasters were prognosticating at the end of 2019. Good for borrowers (who could qualify for a loan), bad for savers seeking yields that beat inflation and taxation.

Yes, you need safe reserves, despite low or even negative real yields. You need reserves to handle unexpected emergencies, like job loss, career setbacks, illness, injury, or other disruptions to income and cash flow, or to ride out down markets in retirement. But equities, held for the long run, generally should be part of a long-term wealth-building and financial independence-sustaining strategy.

Your investment portfolio must reflect your objectives and expectations tied to a written life centered financial plan, focused on you and those you love and care for, those who depend on you. A comprehensive plan looks at how you got to where you are, where you are now, and where you want to go in the future. Risk profile, earning status, tax bracket, net worth, liquidity needs, and other factors, including challenges, alternatives, resources, and expectations, underpin a strategic plan.

Market timing is not a part of the plan! It does not work.