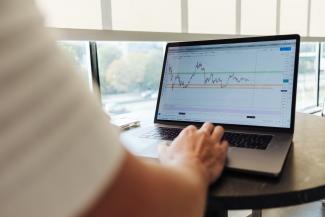 Once upon a time, in the land of Oz On The Potomac, legislators promoting spending bills in the millions and billions were called “big spenders.” Legislation now priced in the trillions seems routine. The scope of recent spending boggles the mind.

Analysts at City National Rochdale, a boutique investment management firm in New York City, note that the U.S. Federal Reserve Bank and Treasury will have injected over $9 trillion in money or stimulus spending into our economy by the end of 2021. That’s $9,000,000,000,000, enough zeros to clog up a cheap calculator. Offering perspective, Garrett D’Alessandro, Rochdale’s CEO, observed that this monetary explosion represents “enough money to ostensibly buy the entire economies of the United Kingdom, France, Spain and Italy.”  Says he, “This quantum of money has never in modern history been pushed into any economy,” and the consequences are difficult to comprehend over time. But given COVID-19 disruptions, he sees the monetary and fiscal actions as having “saved the U.S. economy from depression.”

What might this mean to you as an investor and conservator of your nest egg? Mr. Market will continue to question when millions of unemployed will get back to work, to say nothing of layoffs now triggered by executive orders related to climate change activism. Questions as to how stimulus will be paid for will increase pressures for tax increases. How will tax policy impact higher earners, entrepreneurs, investors, aging business owners looking to sell and retire, charitable giving, estate planning strategies? There’s much for investors, family stewards, business owners, and advisors to ponder.

“For now,” say the gurus at Rochdale, “the stimulus has created the foundation for a strong recovery from the pandemic-driven recession.” While news outlets focus on hardships endured by many, for those with paychecks that continued, restricted activity and less spending allowed U.S. personal savings rates in general to soar in 2020. Savings rates peaked in April but remain well above norms. The Wall Street Journal, 1/30/21, reported that the personal savings rate rose to 13.7% in December, 2020, “far higher than the pre-pandemic level of roughly 8%.” As more vaccinations take place, bolstered by the introduction of the Johnson & Johnson single dose version, consumer confidence levels will grow and pent up demand will power spending and the “money multiplier” effect. We already see the impact of business and entrepreneurial innovation, with elevated levels of creativity, repurposing, and adaption.

Rochdale sees interest rates “likely to remain low as global central banks double down on their commitment to market stability and low borrowing costs.” This means puny or no interest earned on bank and money market deposits, challenges to money managers to squeeze more gains from opportunistic trades in bond portfolios, and potentially more volatility in high yield bond trading. While prudent investors will retain adequate safe money and lower risk portfolios as a hedge against volatility and as a cushion during down markets on Wall Street, the search for yield and long-term capital gains likely will increase flows into equities and alternative investments.

David J. Abella, a portfolio manager at Rochdale, sees a brighter outlook for dividend producing stocks as business and consumer sentiment improves given the success of new vaccines and the revival of more normal activity. While recent headlines have focused on a handful of big name growth stocks with sky high valuations, as well as small investors on digital platforms ganging up on hedge fund managers to drive stocks like GameStop into the yo-yo stratosphere, many solid companies are not overpriced and sport dividend yields higher than bond and bank savings yields. Abella opines that “attractive yields of dividend stocks coupled with attractive valuations can also help drive solid returns over time, with a higher confidence in expected performance.”

During regular flu seasons, a winter resurgence of infections is normal, and new more contagious strains of Covid-19 likely will find more victims through spring into summer, weighing on economic growth, but potentially offset by rising levels of immunity as inoculations ramp up. There’s concern about overvaluations in some stocks with high P/E multiples that dominate the top of the S&P 500 index, combined with anxiety about tax policy and costs of Green New Deal initiatives. However, Rochdale opinion leaders are generally positive, noting “an entrenched expansion should set the stage for an extended bull market, with the same forces that drove the post-Great Financial Crisis decade-long rally─positive growth, low inflation, negative real interest rates and supportive monetary policy─continuing to put upward pressure on equity prices in general.”

The best advice comes from a slogan that first appeared on a motivational poster produced by the British government aimed at British citizens in preparation for WW II── Keep Calm and Carry On. Roger that!