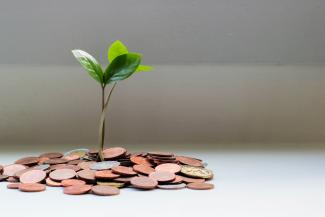 Your Earliest Memory of Money

Mitch recognizes the importance of one’s formative childhood years in terms of habits that carry into adulthood. Mitch urges advisors to “get the client’s story,” understand how you got to where you are, learn where you are now and where you want to go in the future, before attempting to give advice about money and other “life centered” matters. Kinder, in his 1999 book, The Seven Stages of Money Maturity, posed questions, one of which was, “What is your earliest memory of money?”

During WW II, while my mom was working and my stepfather was in the Pacific on a Navy destroyer, my brother and I were raised by grandparents in Flushing, New York. Being wartime, many things were rationed and citizens were urged to collect metals, glass, rags, newspapers, and other items that could be recycled into war materials. A “junkman” would come around and collect goods, paying a small amount of money as an incentive.

My grandparents didn’t believe in an allowance for kids. If I was to have money, I had to earn it. I took my red Radio Flyer wagon and knocked on doors to collect things to sell to the junkman. The neighbors were generous and cooperative. While I didn’t know what an entrepreneur was, I quickly learned that I liked getting paid by the junkman. Later, a bit older, I devised a comic book exchange as a money generating scheme. I’d also go to a local park and collect empty soda bottles to turn in for a deposit refund.

After the war, with my little brother in tow, I was put on a train in New York and sent to Jacksonville, Florida, to live with my mom and stepdad. Again, no allowance. I constantly dreamed up ways to earn money, and enjoyed the satisfaction of a modicum of financial independence. In college, side jobs and loans helped me to get through. Because my mom and stepfather always had money pressures, 0nce married I resolved to accumulate sufficient capital for my family to live for one year with no income. It took time, but I succeeded.

When we moved to Atlanta, in the first few weeks of a new job I knew the company was not where I belonged. Lasting eight months, I resigned one Friday afternoon. My wife was not worried because she knew we were okay financially. Our family could live a year or more with no earned income, pay our bills and mortgage, and sustain our lifestyle. That financial independence allowed me in the mid-1970s to establish a financial planning firm with a friend as partner, the first of three companies that has spanned more than a four decade career as a self-employed and independent financial advisor and entrepreneur. Lessons learned. That’s why younger clients are urged to accumulate a Freedom Fund as a high priority goal, enough safe liquid capital to live a year or more with no income.

Parents, what are you teaching children about money? Good money habits mean freedom...freedom from worry and stress, freedom to make choices, freedom to do what brings meaning and purpose to life. The freedom to help and serve others,  freedom to create, travel, learn, recover from mistakes, grow.

Bad money habits are destructive to self and others who love you and depend on you. Financial strains destroy marriages and relationships, ruin health, and engender child, spousal, and alcohol and substance abuse. It’s hard to make progress of any kind if you’re under constant financial pressure. Imprudent money habits destroy companies and careers, amplifying ruinous trends.

Good money habits are based on developing God-given talents, that with the right training and the addition of relevant skills and knowledge, sustain the ability to make a good living, foster financial independence, and contribute to society.  Society-building creativity, innovation, entrepreneurship, altruism, and philanthropy spring from engrained values and focused talents.

What are your earliest childhood memories about money? How do they play into your story, but more important, the story you’re going to write going forward?