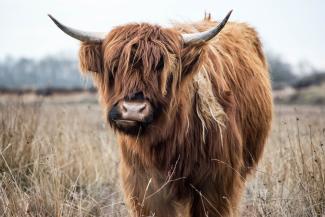 In preparation for World War II, in 1939 the British government produced a motivational poster that urged people to “Keep Calm and Carry On.” Any investor reading  The Wall Street Journal on Monday, September 26, 2022, would have done well to maintain a placid demeanor.

Over the past weeks, American stock indexes continued to slide with the benchmark Dow Jones Industrial Average hitting bear market territory, down 20% or more from a recent high point. Share prices for bellwether transportation stocks that track airlines, truckers, railroads, freight forwarders, shippers, car rental companies, and package handlers such as FedEx and UPS, have plunged, raising fears of a worsening recession given the Federal Reserve’s “most aggressive tightening cycle in decades.”

“Russia’s Threats Raise Stakes in Ukraine,” headlined the Journal, reminding investors that a madman with a bruised ego controls nuclear weapons and is threatening to use them. Hints of growing military tension between and are unnerving, coming on top of a comment by President Biden that would commit troops if President Xi moves on , a.k.a., , oddly enough a Portuguese name that means “beautiful.” There’s nothing beautiful about global tensions and war.

One article in the WSJ that really caught my eye as an investor and financial advisor headlined, “Stock Downturn Brings Pain to Buy-the-Dip Investors.” When one buys a stock or stocks after a downturn thinking it’s “bargain time,” any further drop in one’s equity holdings can raise anxiety. No one likes to lose money, not even in the short run.

In her 2006 book, Passages: Predictable Crises of Adult Life, author and pop sociologist Gail Sheehy declared, “Growth demands a temporary surrender of security.” Sheehy was not referring to the nervousness one experiences in gyrating financial markets with a downward bias for the time being. As she explained, “ It may mean a giving up of familiar but limiting patterns, safe but unrewarding work, values no longer believed in, relationships that have lost their meaning.” While Sheehy was referring to finding purpose and motivation in the larger scope of life, it’s also true that the  “temporary suspension of security” is frequently demanded as one attempts to build an equity portfolio in the quest for ultimate financial independence.

Over time, with corrections and bear market interludes a reality, periodic losses are inevitable as you pursue growth over the long run. Market timing doesn’t work. In order to time markets successfully you have to make two good decisions─knowing when to get out and when to get back in. Successful timing once or twice can be satisfying, however, few have been able to do it consistently. Yes, today is confusing. A deep global recession may loom. “Stagflation” may result if labor markets weaken. But by the time you realize “it’s time to jump back into the market,” you’ve likely missed a major rally.

If you’re a global traveler, there’s positive news. On 9/27/2022 the euro was trading below parity to the U.S. dollar at $0.9606. At the same time the British pound crashed to a record low relative to the dollar, almost at parity, at $1.068. The American dollar has strengthened considerably against global currencies, good for travelers, not good for American exporters. What cheers travelers disturbs equity investors. Yin and yang.

To add to confusion, witness the plethora of commercials on cable television urging you to buy gold as a hedge against inflation. Gold prices are down considerably given expectations of aggressive Fed interest rate hikes. Silver has declined in price by roughly 17% from a recent high.

Despite two quarters of negative GDP growth (one definition of a recession), the president’s advisors maintain that we’re not really in a recession since employment is strong. However, some large companies have started to announce layoffs. Rising costs for energy, electricity included, will hit households and firms of all stripes, dampening job growth. If you have a good job, you may wish to hold on to it and build a “layoff” nest egg, just in case.

For years clients have been advised to build a “freedom fund,” a safe and liquid financial reserve equating to a year’s worth of living expenses. Knowing that you and those who depend on you can handle an extended interruption in cash flow, and/or fund unforeseen major expenses without adding debt, is peace of mind. A Freedom Fund provides flexibility and choices when new directions in life are called for, as writer Sheehy noted. It isn’t easy these days, but keep calm and carry on!